A company based in the US desert presented a way to produce drinking water from thin air at the Home Show.

It sounds biblical, but it’s actually very scientific. Simplified, SOURCE Hydropanels is a cross between dehumidifier and solar panel, though they’re a little more complicated than that.

Wake up one morning and walk through some grass. Chances are, the grass is wet. That’s because the humid air of yesterday cooled and condensed overnight, forming dew.

SOURCE re-creates that phenomenon by drawing air with a fan, using solar energy to cool that air and collecting 4 – 10 litres of dew per day. To put that in perspective, the average person needs 2 – 2.5 litres of water per day. This can be achieved with humidity as low as 10%, like Arizona, where the product was developed.

Dehumidifiers require a constant supply of electricity to power the cooling coils for active condensation and the water is un-drinkable. SOURCE has an algorithm that raises the dew point inside the Hydropanels to create passive condensation, which requires a fraction of the energy. And unlike dehumidifiers, the new technology utilises solar panels for that energy, requiring no infrastructure. 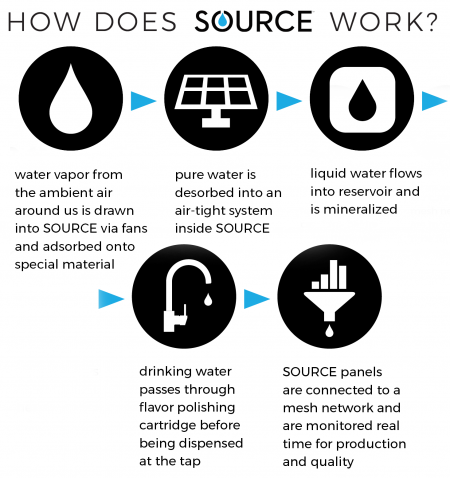 This is hands down the biggest selling point for SOURCE. Everything is self-contained; no water supplier, no wells, no guttering, no reservoir and no river. The applications multiply exponentially, especially in drought-stricken areas. 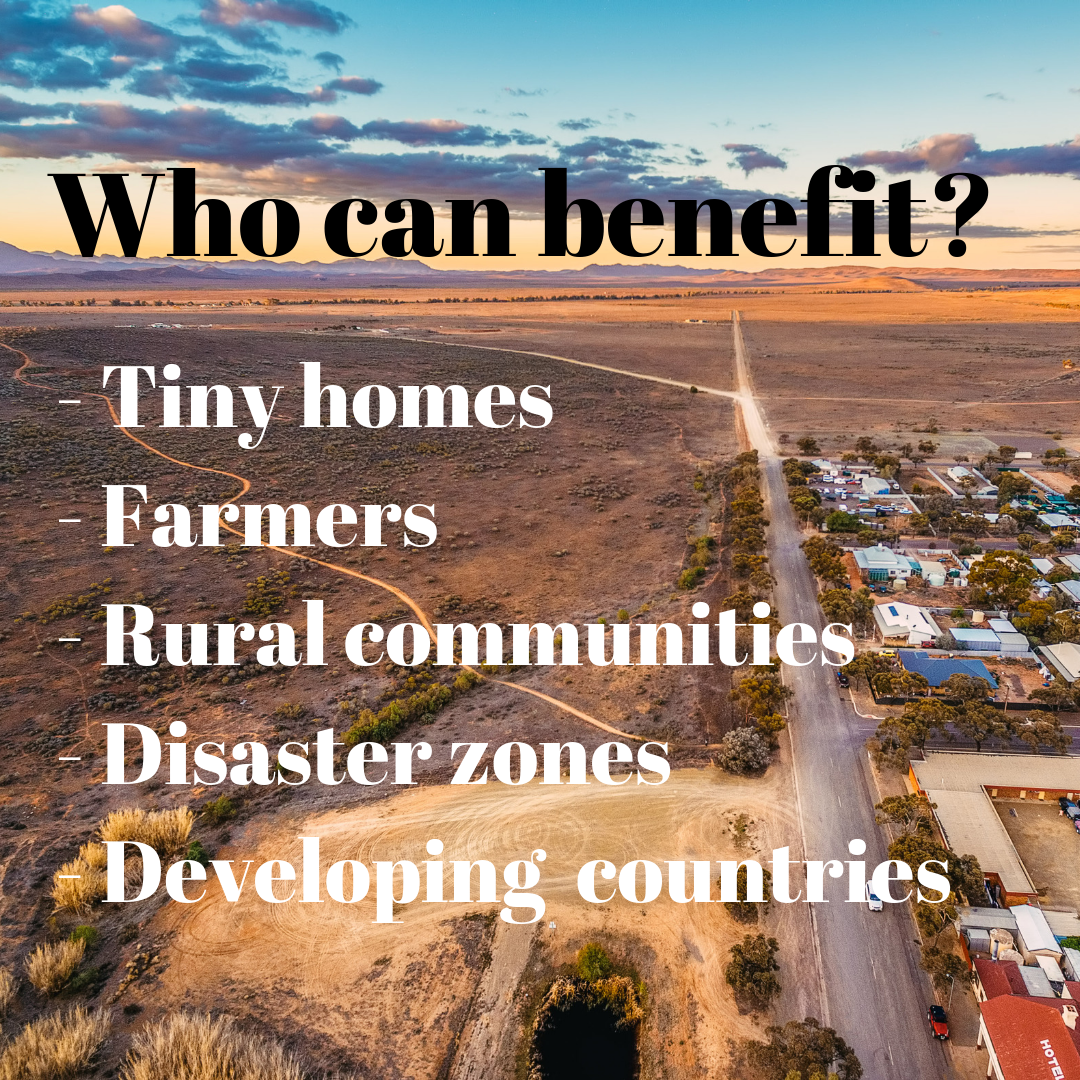 Author William Ranken described drought, ‘There is nothing so oppressive and utterly subduing as a drought. It is not a fierce calamity, not a dreaded blow, nor any brief struggle; here, in the vast interior of Australia, it is a torturing Titan, overwhelming and resistless, but slow and monotonous in its destruction.’

That passage was written in 1874, so Australia is not new to drought. The Australian Bureau of Meteorology defines drought as the lowest volume of rainfall in a 3-month period, compared to previous records. All the record-breaking droughts occurred this century in 2003, 2012, 2017 and 2019. Right now, 99% of NSW, 65% of QLD, areas in WA and SA and Gippsland in Victoria are experiencing drought.

“The only other alternative in dry years is buying in a tanker-load of potable water or bottled supplies,” said Arizona-based expatriate Australian, Robert Bartrop. “Our business is based in Phoenix in the middle of the desert – a dry climate like Broken Hill’s – and I drink this water every day.”

The government are taking steps to invest in technology that will make the country more resilient in extreme climates. Australian Renewable Energy Agency (ARENA) has invested 1.39 billion dollars since its inception in 2012. While most projects are solar-based, SOURCE secured almost half a million dollars for their ground-breaking Hydropanels.

The plan – to install 150 Hydropanels in all corners of Australia and measure their usefulness. Airports, community centres, offices, sustainable buildings and schools will all be the guinea pigs in this test trial.

You might wonder why all the Hydropanels didn’t just go to drought-stricken areas. Another goal of SOURCE technology is to replace bottled water. Plastic is resource-intensive to make and recycle but also takes 450 years to decompose in the landfill. Each Hydropanel replaces 20,000 plastic bottles over 15 years. Whether for taste or convenience, 2.3 million Australians regularly drink non-tap water. A 1% drop in this number would save 300 million water bottles and the release of 200,000 tonnes of CO2 into the atmosphere over a lifetime.

No wires and no pipes; just a single tube delivers the mineralised water. What’s the catch? Firstly, you will need to pay a certified engineer for half a day to mount the panels, connect the line and test. Secondly, you will need to replace the air filter every year and mineral cartridge every five years.

As a neat little extra, you can monitor the performance, water reservoir and maintenance of the Hydropanels in an app. It will even tell you how much you’re saving the planet.

We take water for granted. However, 2.1 billion people around the world do not have immediate access to clean drinking water, including here in Australia. Use this handy map to see the areas most affected.